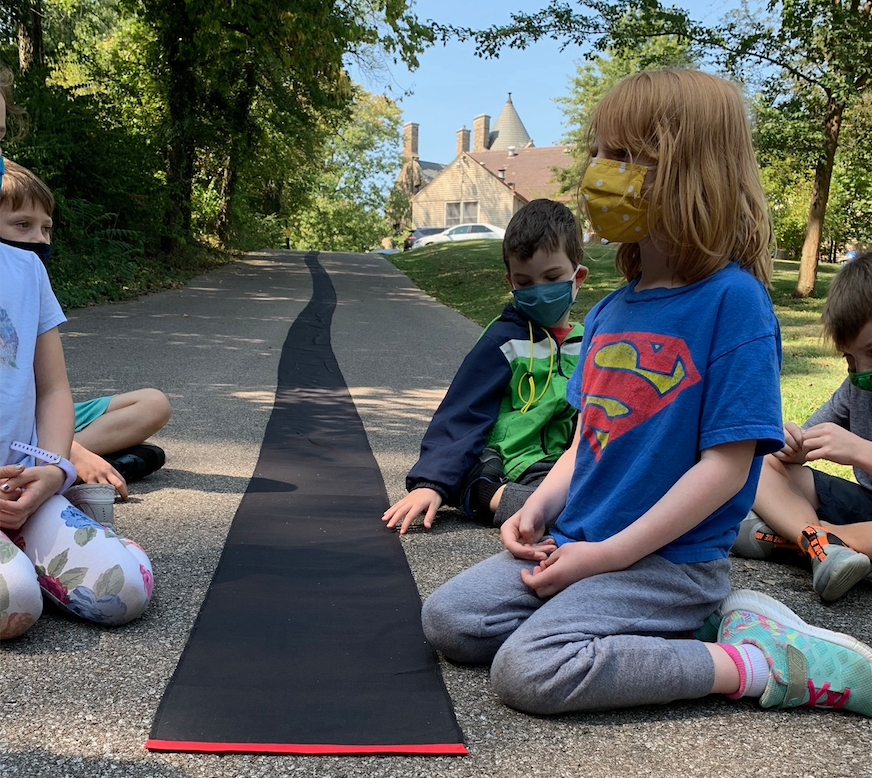 One of the greatest gifts Dr. Maria Montessori has given us is the often-instant discoveries that come from using hands-on learning materials with children.  When a child experiences an “aha” moment — it sticks.

Montessori’s Long Black Strip” lesson was designed to give learners perspective on how recently, in Earth’s timeline, humans entered the scene. Dr. Montessori spread 328 yards (3 football fields) of black fabric down a very long street. That expanse of black fabric represented the number of years since Earth’s creation. On the tip of that unspooled fabric was a single colored strip of fabric that represented the number of years humans have lived on Earth.

Over a hundred years later and this lesson still inspires Wows! Amazings! And Oh my goodnesses! What a much-needed lesson in humility for us all.

(This lesson is still given by Montessori teachers today, however the length of the black strip has often been shortened a bit due to practical issues of storage and size of school grounds.) 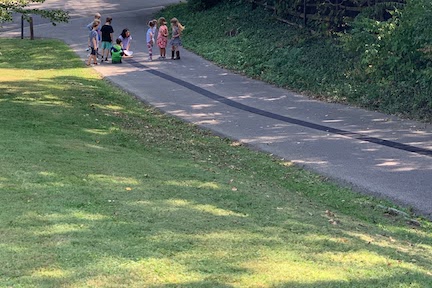