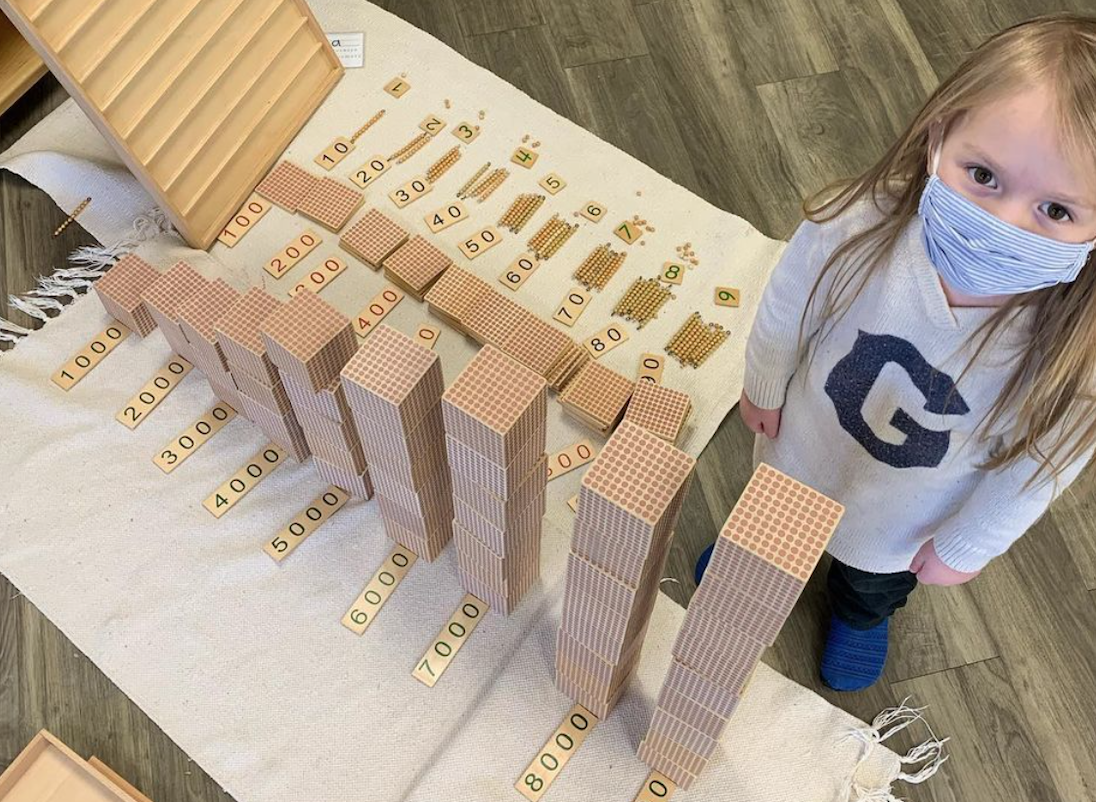 Hello Friends,
Several TNSM teachers and I traveled to Nashville, Tennessee to participate in the American Montessori Society Conference. It is always a thrilling experience to commune with Montessorians from around the country and world. We were inspired, challenged, and ultimately walked away buzzing with new ideas.
As I read through non-Montessori educational blogs and journals, I have sensed an almost frenzied conversation around what the future of education should look like. Debates and calls to action for a radical new way for children to learn, thrive, and grow whips us into a frenzy. I too can get caught up in it, always self-reflecting on how to prepare children for such a dynamic time and unpredictable future. Then, ultimately, the consensus always lands on a type of education that supports individualized instruction, that gives students the abilities to think critically, and creatively, collaborate, and develop a working memory, flexible thinking, and self control. Oh, right, the Montessori method!
Here are a couple excerpts from a recent article on the future of education that understands the model is already here:
“CNBC ran a story on the “Redesign of the Traditional Classroom,” giving a “peek of what the classroom of the future could look like.” It was no coincidence the majority of footage featured in this story was of a current Montessori classroom on a typical day. Why? Because they talk about classrooms in which students are interacting with one another and their environment, learning at their own pace, while the teacher works with individuals or small groups—core components of a Montessori classroom.

Dr. Steven Hughes, president of the American Academy of Pediatric Neuropsychology, has written and talked extensively about Montessori and brain development. He has suggested that “the Montessori method is like education designed by a pediatric developmental neuropsychologist.” Montessori’s method of education has already been designed to take advantage of these brain discoveries—some of them recent:
The future of education was developed over 100 years ago by an extraordinary woman. Not only did Maria Montessori, through careful observation, develop a revolutionary new model of education, but she gave us a way to feel hopeful about a better tomorrow. By empowering children to be independent, to interact with their environment and others with respect and responsibility, and to discover who they are, the future of our planet can look much brighter. Mahatma Gandhi’s famous quote—“If we are to teach real peace in this world…we shall have to begin with the children”—was in part inspired by his conversations with Maria Montessori.
To be in the company of so many great Montessori teachers and leaders was truly an honor.
Best,
Jeff Groh