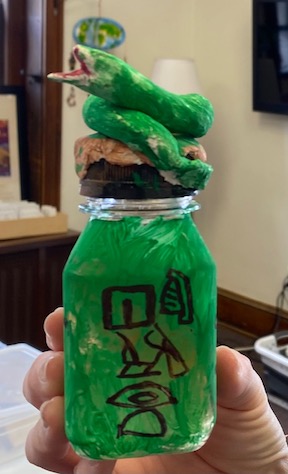 New School Montessori 1st-3rd graders studied the ancient Egyptians mummification process that was used to dry and preserve the organs and bodies of important figures who had died. The powdery substance natron (found in dry lake beds) was used in mummification and also as a preservative for meat and fish when mixed with salt.

Egyptians used and decorated canopic jars for their organ preservations with ornate heads of deities, jackals, falcons, snakes and more. Students did the same with their mini canopic jars, decorating and painting clay “heads” to go atop the glass jars they used.

See the photos below for their conclusions.

The control is on the left and looks rather unappetizing with its heavy furry coat of mold. The vinegar mix left the apple brownish in color, but at least not fuzzy. The salt appeared to keep the apple free from mold and well preserved in color. 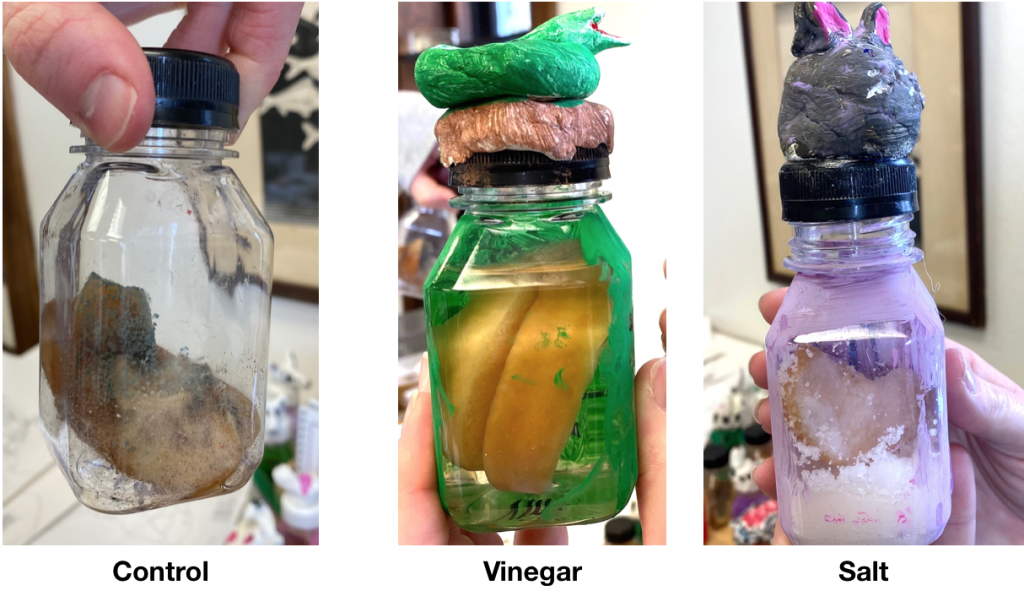