I had an epiphany yesterday. Not in the way that something hit me as novel or undiscovered but instead, in a way that what we set out to accomplish is exactly what happened. 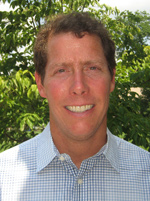 Think about this for a minute, 100 elementary Montessori students, aged 6-12 in mixed groups, engaged in competitive play without the competitive spirit. Each I expect, at one point or another, has played soccer, has swum on swim team or has done something else where being first is the objective. And while engaged in similar activities here, where winning could be the object too, winning didn’t matter and the outcome was totally different. I never saw a lack of appreciation for what one player may or may not have had in their ‘bag’ of skills.

So, these children who generally engage in peace education activities, discussions about appreciating one another’s differences and other conversations about leadership, role modeling and positivity put their thoughts to action, helped one another and grew their community. They did so while playing games and engaging in a competition where no one ever felt the agony of defeat.

What I observed was beautiful. And if this wasn’t enough, we mixed the kindergarten, first and second levelers too. They enjoyed a beautiful, live music performance and then collectively, shared their visions for what the music made them feel in a watercolor tapestry, “Music is Art.”

And so the day ended. Exhaustion filled by body while joy filled my heart. I always knew we had strength, appreciation and love for one another in our community, I had just never quite observed it like I did. It makes me feel good. How about you?